This is written in response to a Medium post by Lewis Wallace, a talented, brave and passionate young journalist who worked for the public radio show, Marketplace.  He was fired this week for refusing to take down his post.  The headline was: “Objectivity is Dead, and I’m okay with it.”

I disagree. A reporter’s job is to report, not to tell listeners what to think. It is a humble calling. Reporting is a craft, not an art.

One reason why Trump became President is the narcissism of our time. We all think we’re entitled to yell at each other. That everyone’s opinion is equally valid. It has become acceptable to take a verbal fire hose to those we disagree with.

There’s a place for resistance and protest. But bombast, ridicule and contempt are drowning out respectful disagreement, even good natured argument.

From TV, online media, newspapers, commercial radio and podcasting, there is much more opinion today. Not enough reporting.

The most important pursuit is the quest for truth. But truth can be elusive. This makes our jobs difficult, but profoundly important.

Journalism should strive to be more like science, where good researchers employ skepticism as they try to disprove their theories.

Objectivity may be in the emergency room. But it is not dead. Your view and my view of objectivity will be different. But we should still be searching for it just around the corner. 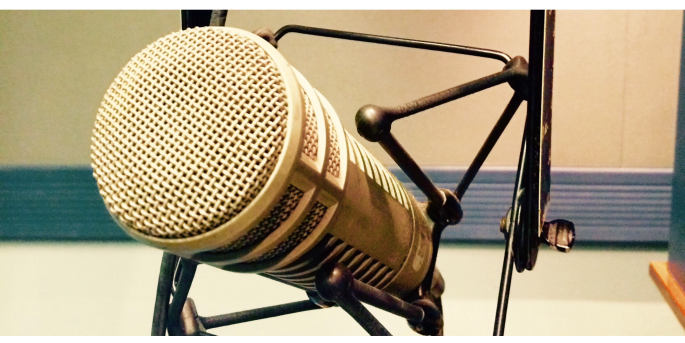 By most measures Hillary Clinton had a pretty good night in her first debate with Donald Trump.  But something was missing.

Her disciplined performance may have convinced wavering voters to be somewhat more comfortable with the idea of her as President.  Clinton’s cool, calm demeanor contrasted with Donald Trump’s repeated interruptions and bluster.  She was also successful in getting under his skin.

However, Clinton did little to overcome her two biggest negatives: likeability and trust.  Neither did Trump.  Both are still disliked by surprisingly large numbers of voters.

In the two debates to come, the breakout candidate could be the one who tells the best stories.

Clinton’s strongest moment on Monday night came right at the end of the 90 minute debate, after many may have turned it off.  She raised the case of former Miss Universe Alicia Machado, who Trump had called “Miss Piggy” and “Miss Housekeeping.”

She made it personal. Her remark struck home because it was about a woman who many viewers could relate to.

Same thing when Clinton talked about her late father and his work as a drapery maker.

“Donald was very fortunate in his life and that’s all to his benefit. He started his business with $14 million, borrowed from his father,” she said.  “I have a different experience.”

In podcasts, the most successful moments are often the most intimate. When podcast guests share something unrehearsed, unexpected or emotional from their lives, they lift the curtain on they are and establish trust with the listener.

All too often Clinton talks about “it” – policies and programs – while her opponent talks about “me” – himself.

Donald Trump could also be a much better storyteller. And given his extraordinary success in building his brand, it’s surprising he doesn’t know this.

Instead of talking about the “rigged system” in the abstract, Trump could share stories of the working class Americans he speaks for, who’ve seen their living standards decline in recent decades.

In the weeks to come, a personal touch potentially would have a far greater impact than his angry attacks on illegal immigrants and free trade. It would also counter the impression that Trump lacks empathy and is obsessed with his own success.

Ronald Reagan understood this trick all too well – much to the frustration of his liberal opponents.  In debates and speeches, he always had a good tale to tell.  Skeptical voters who’d been warned that Reagan was a shallow extremist would ask themselves: “How this man be mean or out of touch when he was such a good storyteller?”

It was of Ronald Reagan’s great secrets. But then he was an old radio guy. He knew the stuff that today’s podcasters learn along the way.