How to answer questions. The second in a series on podcasting.

“It was 1992. The closing days of the Presidential campaign and I was beginning to get a name for myself.

Not in a good way.

During crowded press conferences with the candidates all that year, I was the network radio reporter who would ask: “How do you feel?”

Sometimes not-very-polite snickers were heard nearby from fellow members of the traveling press. “What a dumb question” they probably murmured under their breaths. They were far from impressed.

But more often than not a question about emotions or feelings — as opposed to something erudite about policy — resulted in one of the best soundbites of the day.

The point is simple. It’s not about you. Interviewers on podcasts, reporters at news conferences, or panel members at webinars shouldn’t try to make themselves look smart or impress colleagues. Instead, look for ways to engage others.

This is especially true on a podcast, when almost all listeners start at the beginning. They don’t tune-in half-way through, as so often happens during a radio show. A podcast audience is much more likely to stay with you for the entire episode when they’re hearing a lively conversation.

Hosts who are curious and honestly interested in what their guests have to say are more engaging and fully present than those who are merely clever.

Be direct. Keep questions brief, if possible. Humor works. So do challenging questions. But unless being obnoxious is part of your act, don’t try to show up the guest or be snarky. On the other extreme, avoid being a toady, who repeatedly flatters guests. “That’s so interesting” or “it’s such a good point you’re making” works once or twice during a twenty minute conversation, but no more than that.

Preparation is essential. Know your stuff. An interview should have moments of surprise, laughter and spontaneity. When the answer provokes a follow-up, don’t stick to a written list of questions. “Tell me more” is a gentle prompt that enables you to go a little deeper.

Two more ways to get the best from a guest is to make her/him feel comfortable before the microphone is switched on. If you edit your podcast before it’s published (you should do this), explain beforehand that a guest can “re-do” an answer. Second, put some energy into how you ask your questions. If you do, the answers are likely to be more animated.

Another way to improve interview technique is to listen to the pros.

We all have our favorite hosts. Mine is Terry Gross. For more than 40 years, she has been voice of the NPR’s “Fresh Air.” Next month in Philadelphia, she will be the closing keynote speaker at Podcast Movement’s annual get together. I’ll be on the edge of my seat, taking notes on what she’ll tell the audience.

Podcaster Marc Maron called Terry “‘the most effective and beautiful interviewer of people on the planet.’’ I love her infectious laugh and warm, deeply intelligent manner.

“Gross is an interviewer defined by a longing for intimacy,” wrote Susan Burton in a lovely profile for The New York Times Magazine. “In a culture in which we are all talking about ourselves more than ever, Gross is not only listening intently; she’s asking just the right questions.”

Many podcast hosts who are relatively new to the game are understandably nervous. But some of the best interviews I’ve heard were by amateurs, speaking with friends or those they love.

Have you listened to “Storycorps”? This brilliant non-profit organization founded by radio producer Dave Isay has been recording and collecting conversations for years. “Our mission is to preserve and share humanity’s stories in order to build connections between people and create a more just and compassionate world,” Storycorps says on its website.

“Storycorps” has countless examples of loving, empathetic and surprising questions and answers. “Listen. Honor. Share” is their motto. Not a bad thing for us podcasters to include our own mission statements.

If Moms and Dads, sons and daughters and cousins can ask great questions, so can you. 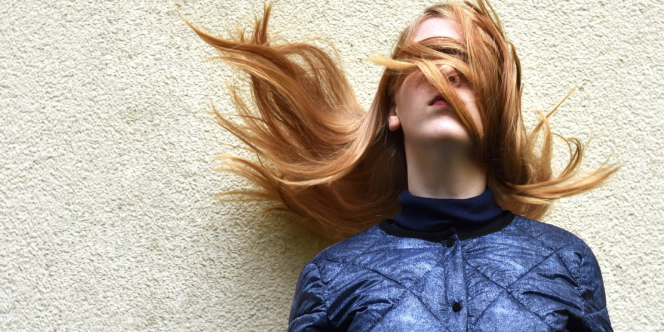 I’m an audio guy. Always have been.

One of my earliest memories was when I was five, sitting on the floor of my bedroom, loading a stack of orange, green and yellow 45 rpm vinyl records with a big hole in the middle, onto a kids’ victrola that my parents purchased to keep their easily distracted child busy.

The recordings were made by Disney. I still remember those wonderful, cheerful voices and the jingles of Jiminy Cricket, Uncle Remus, the Mickey Mouse Club, Brer Rabbit and many more. A little boy’s imagination ran wild.

Today, as in the days before television, there’s an audio renaissance once again. Millions of people are feeding their brains with a vast array of podcasts and audio books.

They know that listening to voices or music is about so more than closing your eyes and hearing sound without video.

But in our highly visual age of VR, digital billboards, 360-cameras, video games and super heroes — with so much emphasis on how things look — many brands, marketers, advertising agencies, and content producers forget this.

Commercial radio is full of advertising produced by sponsors who fail to grasp the importance of well-produced sound. Those awful Cars4Kids ads are just one of countless, jarring examples of soundtracks that were produced for TV.

The problem has also spread to podcasting as well-intentioned non-profit groups, companies and trade associations, anxious to grow their reputation as thought leaders, slap together episodes with little respect for what made the medium so popular.

Just this morning after searching a podcast app for something to listen to on migration and refugees, I was subjected to a long and poorly produced recording of a webinar.

Re-broadcasting webinars or conferences are terrible ways to use podcasts.

While they don’t have to be up to the excellent, groundbreaking standards set by “The Daily” or “This American Life”, podcast content, production and editing do deserve respect.

The opportunity to spread your message inexpensively with storytelling and interviews has never been greater than it is today. But the way we concentrate and listen to podcasts — usually away from our screens and on our own — is different than when we are watching something.

Thinking of podcasts as sound without pictures doesn’t cut it.

Richard Davies is a podcaster and podcast consultant. His firm, DaviesContent, makes digital audio for companies and non-profits.