Both support and backlash are growing over this year’s expanded plans by Toys R Us, Walmart, Target, and some other big retailers to start their Black Friday sales on Thanksgiving Day.

Support, because consumers want to shop and retailers need to fight back against online competition.  Backlash, because many store employees don’t want to work on the holiday.

It’s a great subject for debate.

I have sympathy for Amber Baumgart, a Simon Malls employee from Green Bay,  Wisconsin, who had the guts to start a campaign against stores opening on the holiday.

“This is a time for families to come together and enjoy a meal. To catch up. To have fun,” says Baumgart in her petition.  “Why are mall employees any different?”

But companies are in business to meet customer demand. According to a poll for the National Retail Federation nearly one in four people say they plan to shop on Thanksgiving Day.

This holiday shopping trend is not confined to big box stores. In the New York City neighborhood where I live Taki and Taso Mastakouris will be open on Thanksgiving.

Mani Marketplace is open 365 days a year.  People around here see this lively little food store as an important resource that supplies daily essentials to a diverse community with a broad range of tastes.

“We take care of our workers so they are willing to work,” says Taki.

The argument over Thanksgiving Day shopping is not simply about corporate greed or changing long-established traditions.

Richard Feinberg, a professor at the Department of Consumer Sciences and Retailing at Purdue University  said today’s arguments about Thanksgiving are similar to the debate over Sunday shopping years ago.

“Most of the employees who have talked to me said it’s a way for them to make money,” he told IndyStar.com  “And they would rather do that than see their retailer go out of business.”

The newsroom where I work is up and running 24/7.  Thanksgiving will be no exception.

Those who are opposed to holiday openings could be fighting a losing battle. More than ever American work hours are no longer confined to Monday-Friday.

According to The American Time Use Survey compiled by the Bureau of Labor Statistics, 34% of employed people now work on weekends.

And more thing about shopping on the holidays. If you plan to spend at least a couple of days with your relatives during the holiday, couldn’t you use a break?

“Teenagers and college students can spend only so much time cooped up with their families on a holiday like Thanksgiving,” writes Elizabeth Harris in The New York Times.

At 8pm on Thanksgiving the mall could turn into a fun place to be. “It’s like a built-in social occasion to get out of the house,” a retail analyst told The Times.

Woah, party on dudes. Me? I’ll be running out for sugar or butter or some other last minute at  Mani Marketplace. 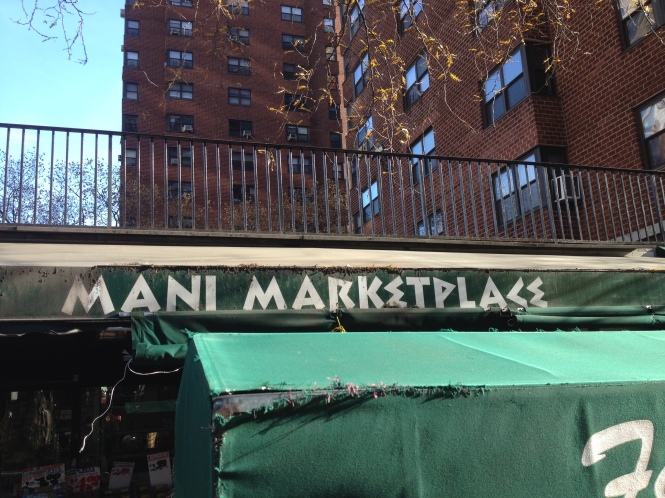